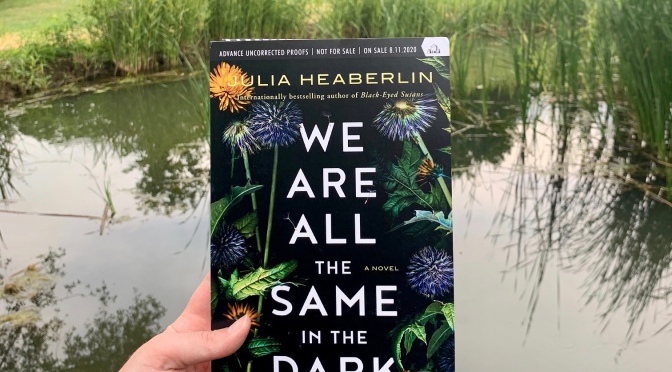 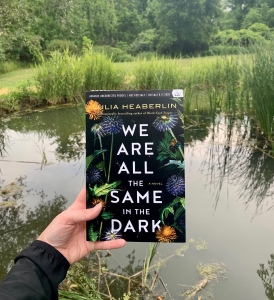 We Are All the Same in the Dark by Julia Heaberlin

We Are All the Same in the Dark is a  twisty, atmospheric mystery/thriller set in a small Texas town where secrets have stayed buried for too long. Our protagonist is Odette, a police officer whose leg was amputated after a car accident when she was a teenager, on the same night that her boyfriend’s sister and their abusive father both disappeared. Now, ten years later, hardly anyone in their community has really moved on from the girl’s disappearance, especially not Odette, whose search feels even more urgent after she rescues another missing girl with mysterious origins. Past and present seem constantly on the verge of blending together as Odette delves further and further into both missing girls’ stories and doesn’t know who she can trust in either case.

I haven’t been reading many mysteries or thrillers in the past few years, but I was drawn to We Are All the Same in the Dark due to its emphasis on strong, complex female characters. Odette is a multifaceted protagonist: she’s a police officer from a long family line of police officers, and one who returned to the small town in which she had a horrific accident despite the fact that it would seem like the last place she’d want to be. She doesn’t shy away from danger in pursuit of the truth or her own flaws, and she’s struggling with a crumbling marriage alongside complicated feelings for her teenage boyfriend, who’s remained a suspect in his sister’s disappearance. Neither missing girl (Trumanelle, Odette’s ex-boyfriend’s long-missing sister, nor Angel, the mysterious girl Odette rescues) descends into a stale stereotype; both are dynamic characters even when they’re not on the page.

Heaberlin’s writing style is addicting and compelling; it took me about 50 or so pages to feel really immersed in the story, but once I did, I didn’t want to stop reading. There were just enough clues and twists to keep the story moving, and one twist in particular really blew me away. However, I did feel that the final confrontation and reveal happened a bit quickly; I’d have liked more time to explore the secrets once they were revealed.

Overall, I found We Are All the Same in the Dark to be an excellent mystery/thriller great for readers who love complex female protagonists.

I received an ARC of We Are All the Same in the Dark from the publisher in exchange for an honest review.

2 thoughts on “Book Review: We Are All the Same in the Dark by Julia Heaberlin”